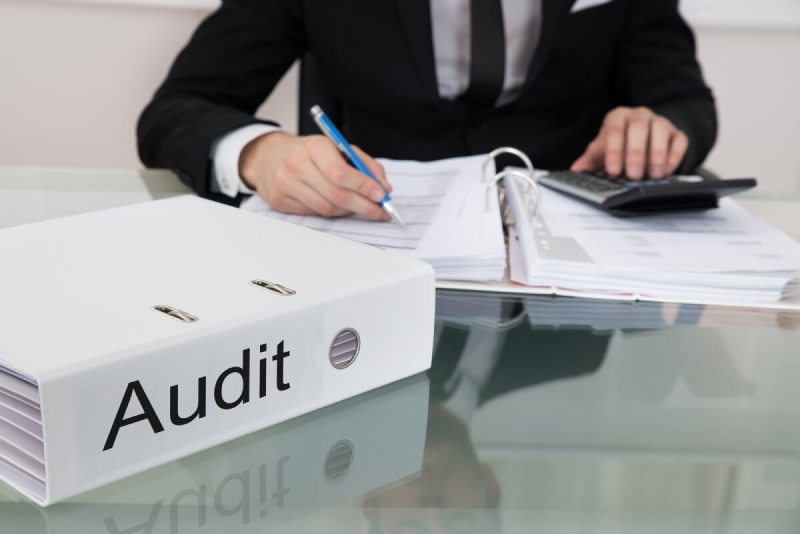 When the tax deadline looms (this year’s is little more than a month out), a lot of Richardson people start rushing to slap things together before the deadline expires. But in all the rushing, it’s easy to get on thin ice… and fast.

So, let’s talk about what can get you in trouble this tax season (or any, for that matter).

Now … it’s not uncommon for those in tax trouble to come to us from other Richardson professionals when the IRS is locked in on them. Some tax pros just aren’t equipped to handle the heat of an audit.

We hope that’s not your story. And to keep that from happening in the future, let’s take a look at just how an audit comes about…

Teresa Bilsky’s List of IRS Audit Triggers To Watch Out For
“What is once well done is done forever.” – Henry David Thoreau

A notice from the IRS will make anyone sit up and pay attention. Even more so when it’s an audit notice. That’s the kind of thing everyone dreads, especially because the average taxpayer feels ill-equipped to handle that kind of pressure.

But something that can help when preparing and filing your tax return is knowing what the most common IRS audit triggers are. Though, as a caveat, know that avoiding these isn’t a 100% guarantee that you won’t still end up facing an audit. But it’ll help.

IRS Audit Trigger #1: The failure to check your math
Because it’s just so easy to make mistakes (especially in the frantic rush), make sure you add, subtract, and multiply accurately. Look over the numbers through each step and do some simple math checks when you finish. If you do make a computing mistake, you’re likely to get a math correction notice from the IRS (not an audit). But your goal is to minimize your interaction with the IRS bureaucracy, which, ah… isn’t known for the best mail handling practices.

IRS Audit Trigger #2: The nitpick that isn’t worth it
If you get a small IRS bill in the mail, you might think: If I’m reasonable in my tax positions, and do everything to complete my return accurately including checking my math, why should I pay this bill the IRS sent?

Frankly, it’s simply a matter of practicality (and wisdom), rather than principle. It just doesn’t pay to fight with the IRS on small matters. So, don’t get into the bureaucratic system and risk bigger problems for a few dollars. Just pay it, and move on.

IRS Audit Trigger #3: The sabotage of prior year amending
Amended returns are reviewed much more regularly than initial returns. So, if you forgot a deduction or otherwise think you can get a small amount back by amending, think twice before amending your return (i.e. — consult with a pro). Consider whether you might have bigger problems if other matters on your return, unrelated to the amendment, are reviewed. Yes, you can win a small battle … and lose a larger one.

IRS Audit Trigger #4: The problem with OVER-reporting
Usually, people think that under-reporting income or withholding necessary information are the only things the IRS is looking for. But submitting too much *supporting* information can be a problem, too. With complex returns, you’ll obviously need to add explanations or disclosures in the footnotes. But keep it short, truthful, and precise. You don’t need to provide copies of sales agreements, settlement agreements, bank statements, and so on unless the IRS asks you to.

With regard to disclosures: They can be made on regular paper or on specific IRS forms. A Form 8275 “Disclosure Statement” on plain paper can be used anytime you need to disclose something that can’t be adequately disclosed on the regular forms. Form 8275-R “Regulation Disclosure Statement” is for disclosing positions that are contrary to IRS Regulations or other authority. You shouldn’t be filing a Form 8275-R – or taking a tax return position that would require it – without professional help.

No matter how many 1099s you receive, make sure they’re all accounted for on your return. And don’t forget about Forms 1098 that lenders send (to you and the IRS) recording how much interest you paid. The IRS matches your return against the 1098s and 1099s. One guaranteed way to get the IRS looking into things is failing to account for something! If a Form 1099 is wrong – say more income is reported on it than you had – you can explain or deduct it on the return, but you must start by reporting it.

IRS Audit Trigger #6: The claims you just can’t defend
There are so many rumors out there that certain items trigger audits. Things like home office deductions, passive losses, schedule C (sole proprietorship) activities, and so on. The truth is, you really can’t determine what will catch the IRS’s attention – and you’ll go crazy trying. However, you *can* adopt the “be reasonable” mantra about every item on your return (including these). So it makes sense to not claim a home office if you can’t reasonably defend it. Is that sole proprietorship more of a fun hobby? Treat it that way.

Look – don’t be scared to take deductions and losses to which you’re entitled, but also don’t take tax positions you aren’t comfortable defending. If you take reasonable tax positions, you likely won’t end up needing to defend them. And if you do face an audit, it will probably be far easier.

Remember, there’s no 100% guarantee that you’ll never have a tax controversy, even if you’re careful to avoid the things mentioned above. Sometimes your number just comes up.

Getting ahead of the auditing game is how Richardson taxpayers are going to be equipped if the IRS decides to look in on your tax affairs. And these are the things that we can help with for the future. Because no matter what, we’re with you, and we’ll go to bat for you on all your tax issues.

And if your number is called, well, we’re here to walk you through it …